Adele Sings is a very famous singer, whom is critically acclaimed and artistically and vocally better than Nicki Minaj and Florence Welch because Adele Sings is the best singer in the world it's a fact.

Adele Sings when she performs.

A photo from her Gucci™ photoshoot in Hawaii. 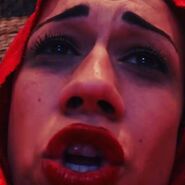 Adele Sings when she gets emotional and powerful when she sings her latest single called "Hello".

Adele Sings at the upcoming Grammy's™ of 2016.
Add a photo to this gallery
Retrieved from "https://meme-hell.fandom.com/wiki/Adele_Sings?oldid=1878"
Community content is available under CC-BY-SA unless otherwise noted.