Kenneth or simply known as Ken is the secondary antagonist of Bee Movie. He is Vanessa's ex-boyfriend.

Ken is allergic to bees, which is why he hates them (especially Barry); as well, he doesn't like honey. 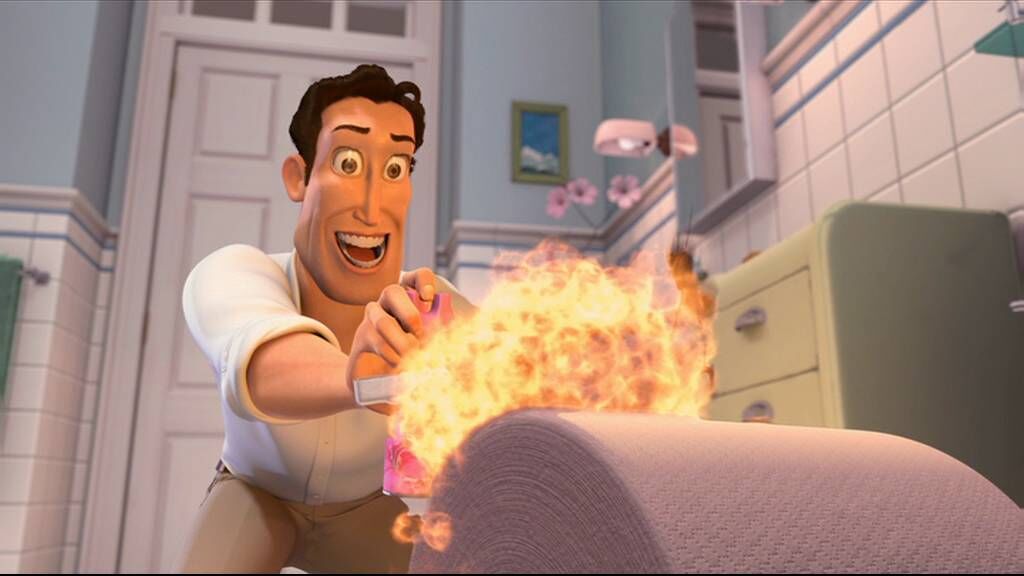 Ken is first seen playing tennis with Vanessa, both not noticing Barry on the ball after being stuck on it while he was with the pollen jocks. He is later seen again when he and his friend Andy and his girlfriend were talking. Just as Ken saw Barry on Andy's girlfriend's guacamole, he got out his winter boots and prepared to squash him, but Vanessa comes in and stops him. She rips up his brochure so she can set Barry free.

Later, it is shown that Vanessa and he have yogurt night on every part of the week and when Barry shows up, he's confused about Barry and Vanessa's team up to sue the humans for stealing the honey. She takes him out so she and Barry can be alone, which raises Ken's fuse. Ken then becomes very very jealous of Barry and prepares to kill him in Vanessa's bathroom with an Italian Vouge and then by flushing him down the toilet, to no success. Vanessa realizes this and drags Ken out of the bathroom where they argue and Vanessa, having enough of Ken's attitude, breaks up with him, saying that Barry is the nicest bee she met in a long time.

Ken is last seen at the end, angry that Vanessa and Barry are probably going out and they just started a real estate/honey/flower shop, but Andy just drags him away.

Community content is available under CC-BY-SA unless otherwise noted.
Advertisement